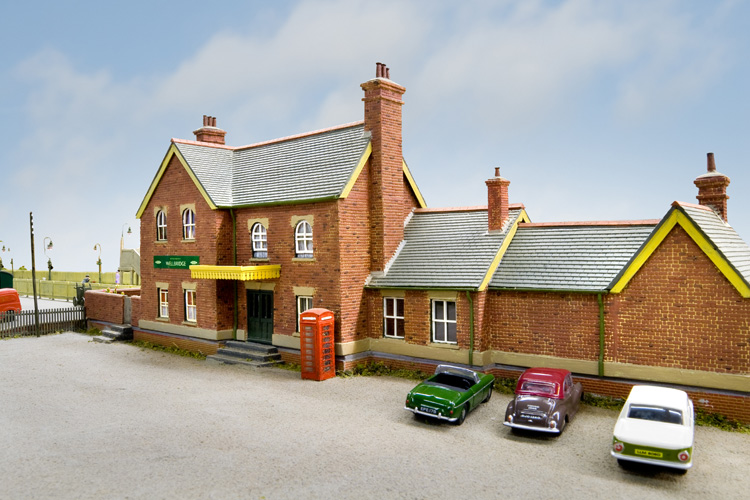 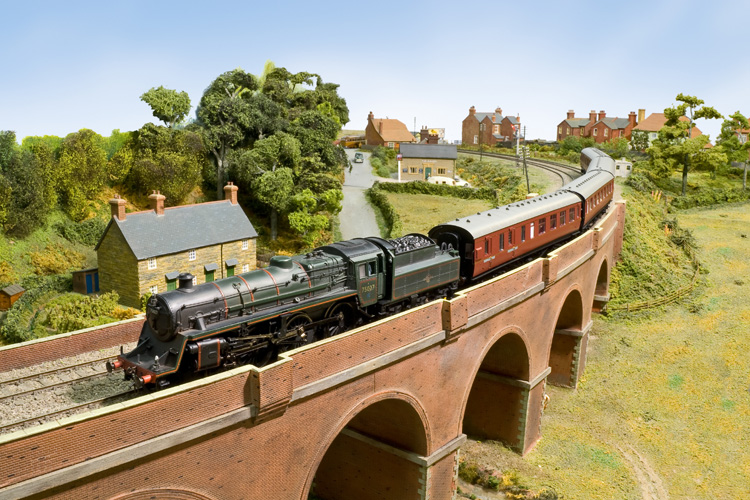 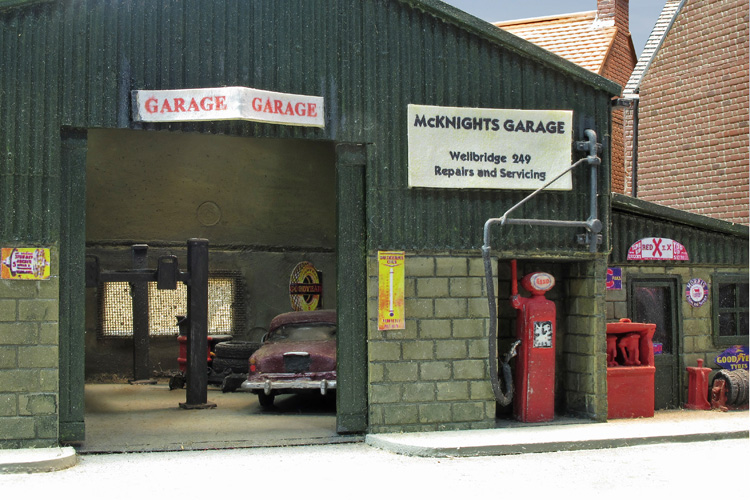 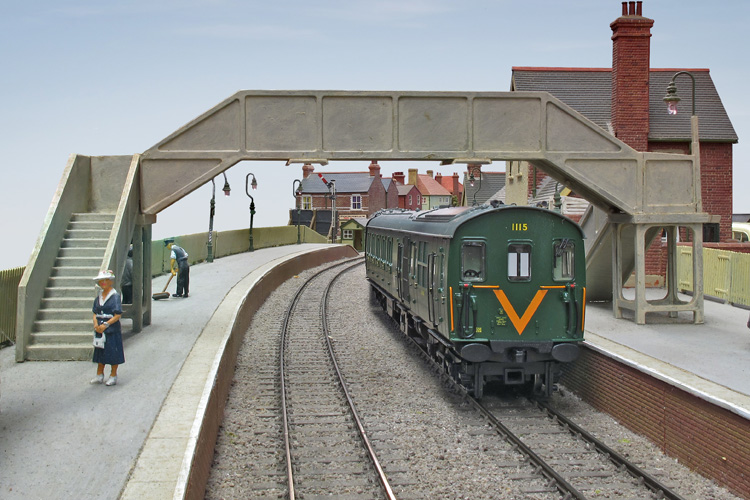 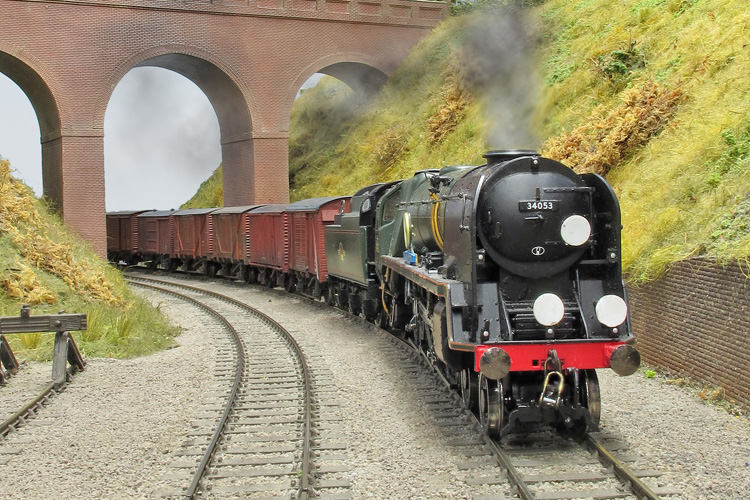 Our finescale OO gauge layout is based on the area surrounding Bournemouth in the 1950s/60s. The layout has been fetured in many publications including Model Rail and the Hornby Magazine.

Wellbridge is the latest 4mm, OO gauge, finescale layout constructed by the club. It is based on Southern Region practice under British Rail in the late 1950s/60s. The layout design features a lot of land outside the railway boundary and the buildings and their settings are to be prominent features.

This has provided plenty of training opportunities for some of newer members. So far, most of the layout has been constructed by newer members who have tackled various activities, such as scenery construction, making buildings and baseboard wiring. This has given many of them a sense of achievement, ownership and pride in the layout.

It has been estimated that the average viewer spends no longer than 5 minutes watching a layout. We therefore intend to depict a railway running through countryside with many different trains and plenty of scenic items to look at. The line emerges from the tunnel in a chalk escarpment, crosses the curving viaduct, below which is a collection of farm buildings and a stream, passes a small housing development and runs into the station. After leaving the station and goods yard, the line passes Wellbridge village and its high street before running into the cutting next to the village golf course and finally under the high three-arch occupation bridge.