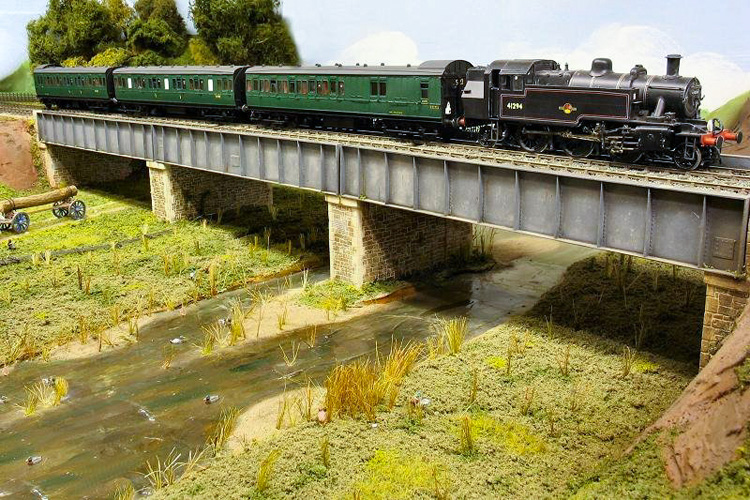 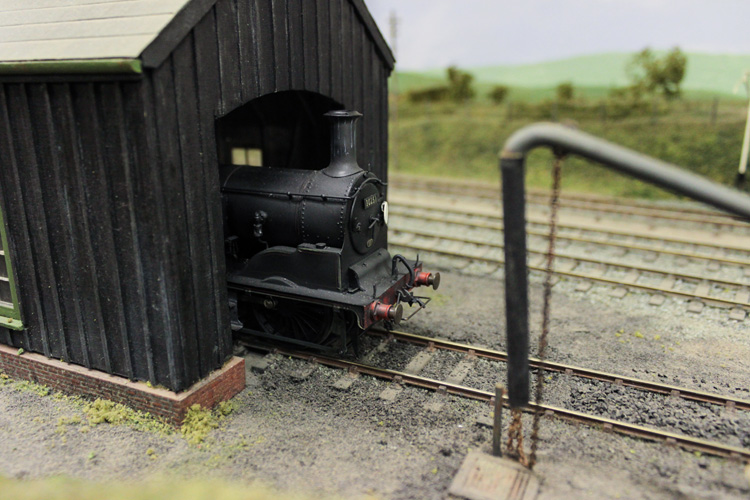 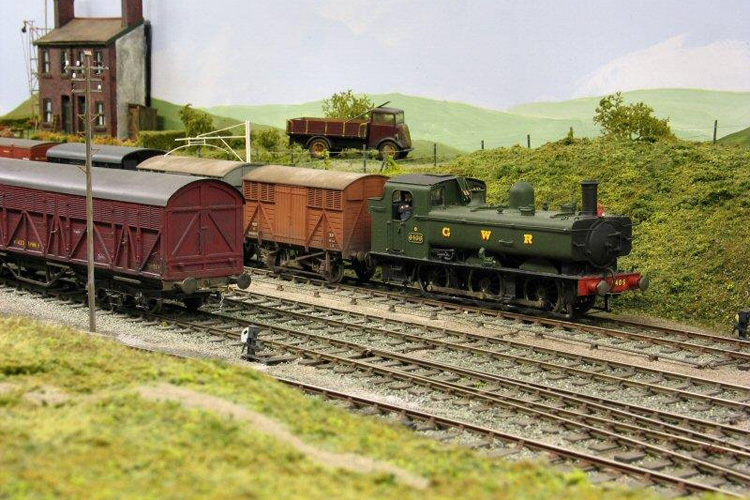 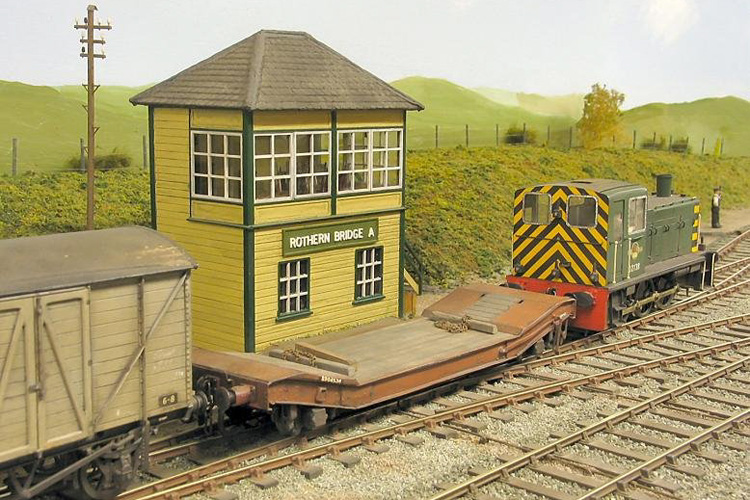 The layout is based on Torrington during its Southern Railway or British Railway days. It is an end-to-end configuration with a 7 road fiddle yard at either end. The layout is 55 feet in total with over 30 feet of scenic area combining a main line entrance from the left and a branch line on the right into a two platform station.

Rothern Bridge is a finescale O-gauge end-to-end arrangement featuring a through station based on Torrington in Devon during its Southern Railway or British Railways (Southern Region) days. Its viewing length is 32 feet and is 55 feet long with both fiddle yards. In front of each fiddle yard there are 'modesty boards' to protect the stock on the traverser. It is still possible to look over the top and see what's "waiting in the wings". From its original conception, the layout took five years to get it ready for its first exhibition. There are eight main baseboards in the viewable area and each is 3ft wide by 4ft long. The end fiddle yards are both 11ft long and incorporate a screw-driven end-pivoting traverser with seven storage roads. At the far end is a separate cassette for moving locomotives from one road to another.

When we exhibit the layout all the stock run is typical for the area and could Great Western, Southern Railway or British Railways (Southern Region). Trains will be correct for their period - i.e. a locomotive and the stock it pulls will be of the same era but may not be the same era as another train on the layout. So you may see some GWR carriages from the pulled by a Hall alongside some BR freight stock behind a Standard Class 4. Given the varied interests of club members, some occasional out-of-region visiting trains may be seen.

Rolling stock seen on the layout uses the club's standard O-gauge couplings using the Sprat and Winkle design but 4mm scale rather than 7mm. Uncoupling is done over hidden magnets although sometimes these are too well hidden!. If you're into O gauge and want somewhere to run your stock, come and visit us in our clubhouse.